From 24 to 28 April, 7 DBDH companies participated in the District Heating Road Show to Ukraine which was co-arranged with the Danish Embassy in Kyiv. Kick-off took place in Kyiv with meetings with State Agency on Energy Efficiency and Energy Saving of Ukraine (SAEE) and Kyiv City Administration. 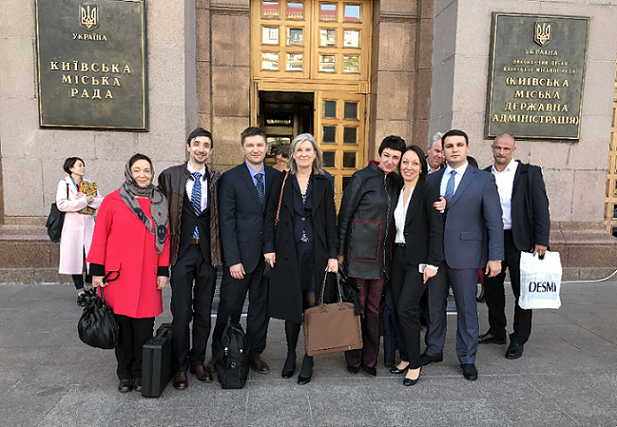 SAEE is a central executive authority governed and coordinated by the Cabinet of Ministers of Ukraine, responsible for the implementation of the state policy and deployment of energy efficiency measures, renewable energy and alternative types of fuel. SAEE are partners in Ukraine-Denmark Energy Center (UDEC), together with Danish Energy Agency.

Mr. Anders Kristensen, Danish Energy Agency, and presently based in Kyiv, working for UDEC, was part of the Danish Delegation on the tour, that included – apart from meetings in Kyiv – visits to the cities of Dnipro and Zaporizhya.

Both cities are situated to the south-east and have vast populations of respectively 1 mio ( Dnipro) and 800,000 (Zaporizhya). District heating systems are the main source of heat in the cities, and owned by the municipalities. World Bank, EBRD, E5P, EIB and NEFCO are present and involved in financing of DH projects in both cities.

In Dnipro and Zaporizhya the Danish delegation participated in a Technical Seminar hosted by the City Councils with opening words from Mayor Borys Filatov in Dnipro and Deputy Mayor Olexiy Bororday in Zaporizhya. Both seminars were well attended by representatives from the district heating sector, and caused the discussion of challenges and future plans for the development of the district heating sector in Ukraine. Danish technologies are well known in Ukraine, and the delegation were also invited to see some of the local DH facilities – some with Danish equipment.

Danish consultants are also very active in Ukraine,working on feasibility studies financed by international financial institutions, and it should result in procurement of international DH equipment, where Danish DH equipment suppliers should have an interesting sales market.

FACTS on SAEE: presently making necessary arrangements for Ukraine’s Accession to the Statute of the International Renewable Energy Agency (IRENA).

Apart from that, the implementation of the National Renewable Energy Action Plan by 2020 in Ukraine requires increasing the share of energy from renewable sources in the electricity sector – to the level of 11%, in heat power – up to 12.4%, in transport sector – up to 10% of gross energy consumption. It requires investments in amount of more than 16 billion EUR by 2020.

For that purpose, Ukrainian Parliament has adopted the Law “On Amendments to certain laws of Ukraine related to ensuring competitive conditions of generating electricity from alternative energy sources” on June 4, 2015, № 514-VIII which is designed to create favorable conditions for boosting renewable power generation.

The Law stipulates the following: 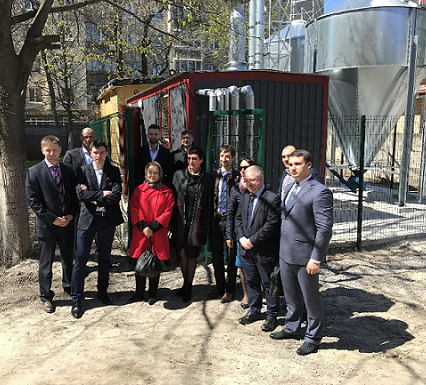 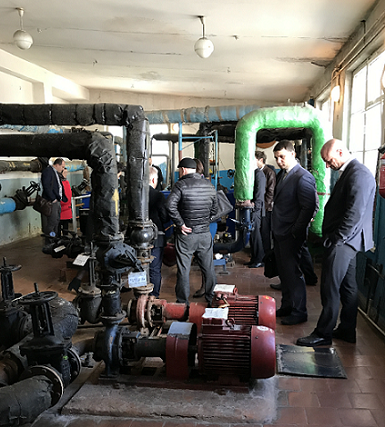