On behalf of Vattenfall Arcon-Sunmark is constructing a solar heating system in Berlin. The project is one of the first to be developed in a major city and will supply the residents with 14.000 CO2-free showers annually.

Vattenfall, the leading European energy company, has set an ambitious objective to make fossil-free living possible within one generation. Therefore renewable energy production and climate smart energy solutions will play an important part of the energy supply in the future. A pioneering project in Köpenick, Berlin, is both. It is one of the first large-scale solar heating systems located in a major city. The construction is almost finished, and the solar heating solution will be part of the district heating supply at the end of May.

“With the interplay of the solar thermal system and CHP units, Vattenfall is breaking new ground on the way to the heat transformation in Berlin. If this renewable supplement stands the test in the field, Berlin district heating will gain a valuable new lever on the road to climate neutrality,” says Gunther Mϋller, Spokesman of the Management Board of Vattenfall Wärme Berlin AG.

Efficient heating system and construction process
The turnkey supplier of the entire solar heating system is Arcon-Sunmark, the international market leader within large-scale solar heating systems. It only takes the company five months from signing of contract until the system is completed and fully operational. The engineering building is being fully assembled and thoroughly tested at Arcon-Sunmark’s factory in Denmark which literally means that it is “plug ‘n’ play” upon arrival at the Köpenick site. The solar field is constructed right next to the existing district heating facility which minimizes the energy loss in the piping system. Furthermore, the ground on which the solar field is placed is already owned by Vattenfall, reducing the initial investment significantly.

“The Köpenick project is unique. The urban location is in itself very special, and the solar heating system is compact and efficient maximizing output and minimizing costs. Berlin and Vattenfall will be examples for others to follow, and within a few years similar solar heating systems will be a common phenomenon in major cities around the world,” says Ole Dalby, CEO, Arcon-Sunmark. 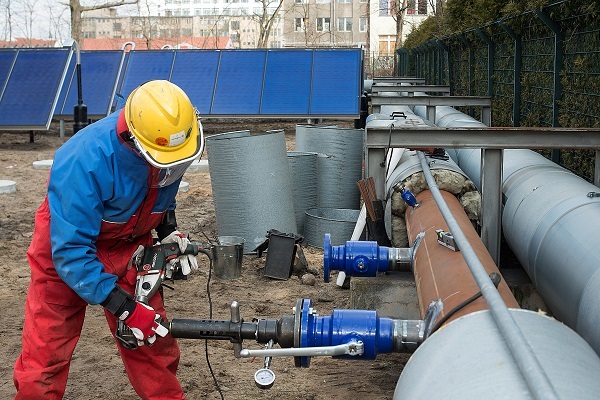 Facts about the solar heating system: