TVIS Heat removes over half of the natural gas from Arla’s diary production in Taulov, Denmark. 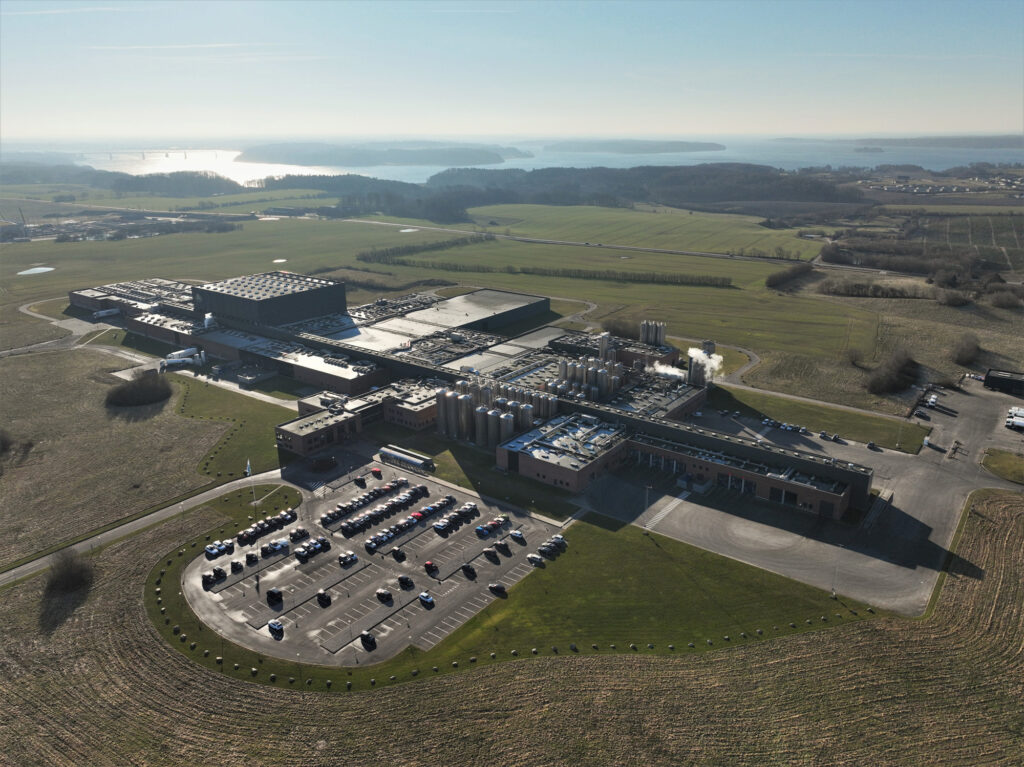 Arla energy optimizes its dairy production in Taulov by dropping natural gas in several stages and connecting it to the local district heating system.

TVIS must supply room and process heat to produce 60,000 tonnes of cheese per year, such as Danbo, Havarti, and Maribo. The conversion to district heating at Taulov Dairy, established in 2023, will save 37% of the current CO2 emissions from heat consumption. More than half of the natural gas at Taulov Dairy is eliminated, which amounts to 25,000 MWh or what corresponds to the heating needs of 1,200 households. During 2023, further work will be carried out at the dairy to investigate the possibilities for replacing the remaining part of the natural gas so that the natural gas can also be removed for the remaining four months of the year.

• We heat approximately 600 million kg of milk annually, which we make into some of Denmark's best-known cheese products, such as Klovborg and Riberhus, and we export 36,000 tonnes of cheese worldwide. It requires a lot of energy, and we have a goal to reduce our CO2 emissions by 63% in 2030, which is why the investment in the connection to district heating at Taulov Dairy is the right long-term decision and an effective way to reduce our CO2 emissions with a single maneuver. It also provides a noticeable financial advantage with the current energy prices, and we comply with our internal desire - among our colleagues - to focus on energy-efficient solutions, says Klaus Jeppesen, Dairy Director, Taulov Dairy.

TVIS invests in a new building next door to Taulov Diary, a 10 MW exchange station of 80 square meters, and connects it with half a kilometer of transmission line to the 123-kilometer-long heating system across four municipalities in the Triangle area. Typically, it is the district heating companies that supply new consumers. Still, a more flexible ownership strategy from 2021 makes it possible to connect companies to the TVIS system when the district heating companies have too far.

• We are pleased about the agreement with Arla, as interest in district heating is increasing, and TVIS can supply both businesses and district heating companies so that they can phase out oil or gas boilers. There is great potential in using district heating for process heating, and we have heat that can support manufacturing companies. It is resource-efficient, a green transition, and provides financial benefits for new business partners and existing consumers, says Jørgen Nielsen, director of TVIS. 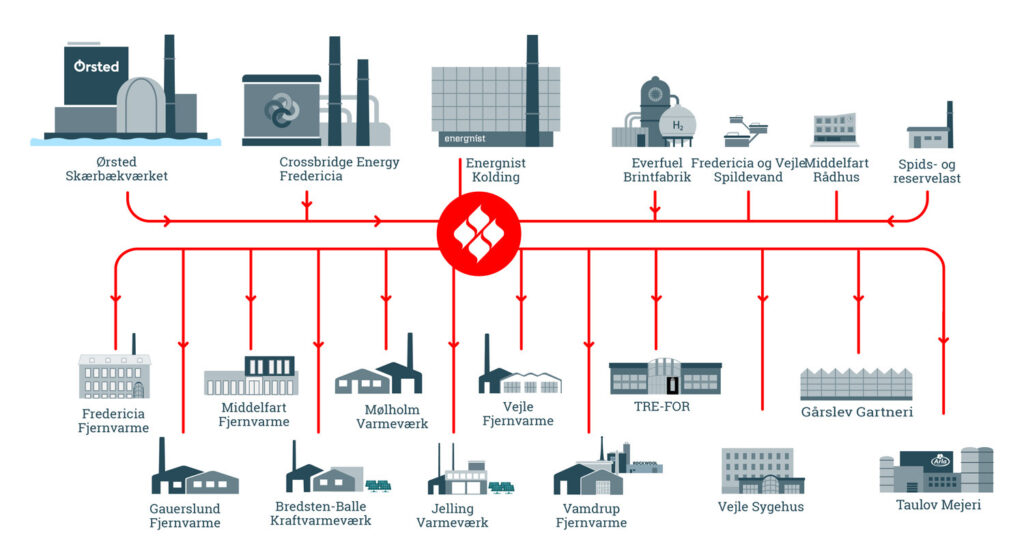 Ambitious and comprehensive investment plan to phase out gas the city councils in TVIS's four owner municipalities have approved an overall investment package for the next three years so that TVIS can invest in 12 concrete district heating projects between 2023 and 2025. Both new district heating consumers, surplus heat suppliers, and industrial customers who need process heat for production must be connected to the TVIS network. In addition to significant reductions in gas consumption and financial savings for consumers, all projects together will reduce CO2 emissions from heating by 460,000 tonnes.

• It is an ambitious and comprehensive investment plan, which has not been seen since TVIS was established 40 years ago, and the investments come at a very crucial time. In the last two years, we have expanded the TVIS network by 40 kilometers to three new district heating companies, which are phasing out gas and reducing CO2 emissions by 186,000 tonnes. Now we are taking steps to expand by at least another 21 kilometers, where we support our owner municipalities in their strategies to phase out fossil fuels. We reach out to new consumers while at the same time making it cheaper for existing consumers in the TVIS network, says Lars Schmidt, Chairman of the Board of TVIS.

Danish Industry has long been a strong advocate of more utilization of excess heat from local companies. Therefore, it is also a particularly positive development in the green transition when excess heat is used for district heating and to an even greater extent when it is turned into process heat.

• We must first and foremost utilize the lowest hanging fruit in the green transition because they provide the most effective and cheapest Co2 reductions. If the companies have the options for it, then district heating for process and space heating is an effective way to eliminate gas and oil. A good inspiration is to be found in, for example, food production in the collaboration between TVIS and Arla. It already makes sense to utilize as much excess heat as possible, and it becomes even more valuable when it can ultimately support green and cheaper products due to an efficient energy value chain, says Troels Ranis, DI.