The Triangle area’s PtX partnership expands with another hydrogen producer.

H2 Energy Esbjerg will be, per 1 January 2023, part of the Triangle Area's Power to X partnership, the Triangle Energy Alliance. The Swiss-owned energy company is establishing a 1 GW hydrogen plant in Esbjerg. It has purchased a 110,000 m2 building site in Taulov in Fredericia, where they want to develop a distribution terminal for hydrogen and synthetic fuels. 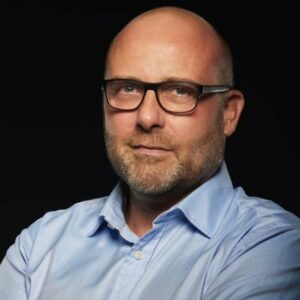 - Together with various partners, we aim to kick-start the hydrogen ecosystem in Denmark by supplying green hydrogen to industries in Denmark. We are establishing our hydrogen production plant in Esbjerg; we have also purchased the building site in Fredericia to distribute hydrogen from the center of Denmark. Getting involved in the Triangle area and being part of the PtX partnership makes sense for us. We have a shared ambition to get a hydrogen infrastructure for Fredericia and to make the Triangle area a hub for the development of Power-to-X and the green fuels of the future, says Cliff zur Nieden, director of H2 Energy Esbjerg.

- However, we are still waiting for the Danish government to decide to start building the first hydrogen pipeline. We are optimistic on Fredericia's behalf that the pipeline will connect the Esbjerg PtX production projects with Fredericia. We can see that the connection between the Jutland western and eastern parts of the coast, Esbjerg and Fredericia plays a central role in developing a hydrogen infrastructure in Denmark, continues Cliff zur Nieden.

The partners see a common necessity in a hydrogen infrastructure across Jutland from Esbjerg to the Triangle area and preferably for storage in Lille Torup's caverns in Central Jutland, as well as a connection from Egtved to the south to the German market.

-The arrival of yet another strong hydrogen player in Fredericia can accelerate the possibilities of converting parts of the heavy transport to hydrogen, starting from the Triangle area as a logistics hub. Distribution of hydrogen from Taulov for transport purposes and further processing for other industrial purposes underlines the common need for a hydrogen pipeline between Esbjerg and Fredericia via the compressor station in Egtved. Power to X binds companies, municipalities, and parts of the country together with the common goal of achieving the Danish climate goals, says Søren Schmidt Thomsen, director of TEA.

H2 Energy Esbjerg is investing one billion euros in the Power-to-X facility in Esbjerg with a capacity of 1,000 MW of electrolysis, which must be completed in 2025. The facility will convert power from renewable energy sources into 90,000 tons of green hydrogen.