The Herald: Scotland must tap into district heating like Denmark

District heating feeds into 90% of homes in Copenhagen

When a very good idea gets loads of traction in Scandinavia and very little in Scotland, it is worth pausing to ask why the discrepancy exists. 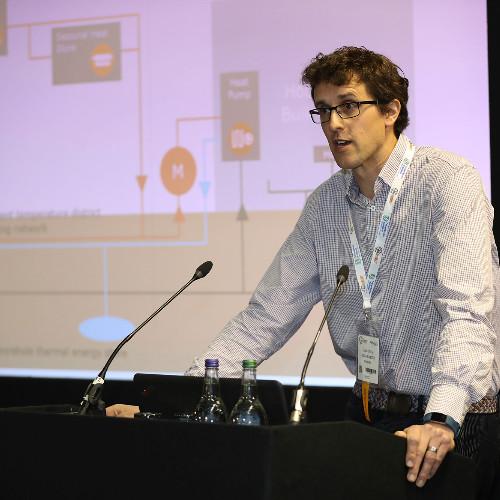 Mr. Steen puts a large part of the mismatch between the Danish takeup of district heating to Scotland’s down to the fact the debate here has focused on decarbonising electricity by plugging renewables into the grid. “The key difference is that to get district heating off the ground in a big way you have to engage consumers,” he says. “If you look at the switch to renewable electricity, it only tangentially touches consumers. It is all about central government subsidies for renewables, or the lack of them, and the relationship between developers, funders and planners. Electrical generation doesn’t need the same level of consumer education and persuasion that heat does.”

By way of contrast, district heating has a direct impact on consumers and the owners of commercial buildings. “You are physically interrupting the way they interact with their heating system. You are changing the cost structure and their understanding of what is going on,” says Mr. Steen. People have no difficulty understanding the notion of a combi-boiler.

They can see the gas flame coming on when they turn on the heating or the hot water. A heat exchanger – the bit of kit that sits between the district heating system and a particular residence’s heating system – is a foreign concept. It’s not rocket science, but it is a change, and people don’t see the need for change, Mr. Steen points out, because for years Government has been pushing gas as a clean alternative fuel.

The reality is that 50% of the carbon emissions in cities is from the gas burned in the boilers in commercial buildings and in multi- tenant dwellings. “For district heating schemes to take off here, you need a much more significant engagement with the community.

When people here think of district heating they think of the communist bloc with its social housing, and they dismiss it as a technique for the 21st century. However this is exactly what it is – it is an ideal technology for today, if properly designed and implemented.”

So how can Scotland ramp up its district heating usage and installations? For Mr. Steen, the answer lies in combining a strategic vision with tactical projects.

So far, all the projects implemented in Scotland have been tactical projects. Ramboll always looks to add a strategic dimension to any one-off tactical district heating project it gets involved with. It does this, Mr. Steen says, by ensuring the schemes it implements can be upgraded and extended relatively easily. “Councils need this tactical dimension because they need to be able to move rapidly if a developer approaches them with a project that has some scale to it.”

But then the council also needs to have a larger vision of connecting these isolated district heating schemes and pushing owners of buildings within reach of the scheme to sign up for district heating. “The council needs to be able to say to the developer: we need a really good reason why you are not going to go for a district heating
scheme,” says Mr Steen.

Councils should also be looking to put district heating pipes in to any new project, such as a bicycle path, Mr. Steen argues. It doesn’t matter if those pipes are unconnected. It will help connect things up later. “It is this combination of strategy and tactics that will allow Scotland to start to achieve a dramatic increase in district heating, which will help the Scottish Government achieve its carbon reduction targets,” he concludes.

This article appeared in The Herald’s annual review of Scotland’s renewable sector on the 30th April 2019.