The European cities moving faster on clean energy than their governments

More than 6,000 cities have signed up to go further than EU climate targets. Copenhagen, Bristol and Växjö are leading the way 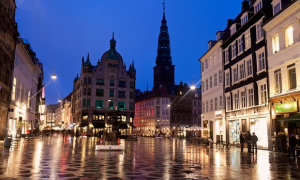 Copenhagen, Denmark, is on target to fulfil its ambition to be the world’s first CO2-neutral capital in 2025.

When heads of state go to Paris at the end of the year to negotiate a deal to tackle climate change, global city mayors will also be there, arguing that since cities are responsible for 70% of CO2 emissions, the battle should be waged, street by street, at a city level.

More than 6,000 European cities have signed up to the Covenant of Mayors, a voluntary commitment to go faster and further than EU climate targets. Their climate action plans call for, on average, a 28% cut in CO2 emissions by 2020, 8% more than the EU’s 2020 target.

Even Kiev, which came last of 30 cities in Siemen’s 2009 European Green City Index, is a signatory. Vitali Klitschko, elected mayor last May, said he wanted to end the Ukrainian capital’s dependency on oil and gas – though Kiev’s membership has been suspended until it files a sustainable energy action plan.

Last year the Economist listed the Covenant of Mayors as one of most effective global initiatives to help mitigate climate change. Alix Bolle of the European association Energy Cities says many Scandinavian and German cities do well on energy not only because they have highly efficient district heating and cooling systems, but because powers to harness and manage energy are decentralised. “They are capable of making decisions at the right scale and the right speed, and can be quicker than national governments in taking the next steps in the energy transition,” he says.