Scottish universities to receive £20m for cogeneration and heating projects

Three Scottish universities are to receive £20m from the Scottish government for developing low carbon projects, which make great use of combined heat and power and heating networks.

Strathclyde (below), Stirling and St Andrews universities will receive the funding, aimed at reducing Scotland’s carbon footprint, through the Scottish Funding Council (SFC), which could become demonstrator projects for other bodies. 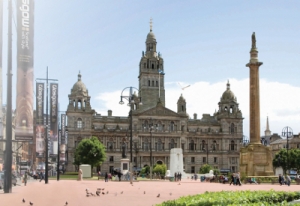 The projects are as follows:

£10m to St Andrews University for a wood-fuelled biomass project at Guardbridge in Fife
£8m to Strathclyde University to construct a combined heat, power and district energy network, linking Strathclyde’s campus with major energy users in the area
£2m to Stirling University for the installation of a Combined Heat and Power plant to serve its main campus.

Read also about the DH sector visit in Scotland 7-9 May.