A unanimous Scottish Parliament recently passed the Heat Networks (Scotland) Bill - the first legislative framework for district heating in the United Kingdom.
The framework aims at expanding the current use of district heating - referred to as heat networks - by a factor of 20 in less than 10 years. Success and experiences from the widespread deployment of district heating in Denmark served as a major source of inspiration for the bill and its amendments.

Great Scottish climate ambitions
Scottish climate policy ambitions are amongst the highest in the world. The aim is to reach 75 percent reductions in climate emissions by 2030 compared to 1990-levels. By 2017, emission reductions were down to 51 percent, but two-thirds of this achievement came from reductions within the power sector1. To reach the 2030 goal, Scotland therefore has a herculean task in front of them, especially when it comes to the heating sector. Heating of homes and office spaces currently accounts for roughly 21 percent of all emissions, with around 87 percent of homes heated by coal, gas and oil2. 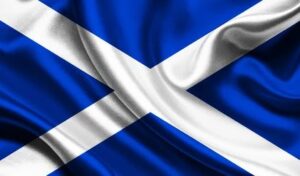