Aalborg District Heating has a turnover of DKK 700 million and currently employs around 75 employees. The company supplies heat to more than 34,000 metering points and the district heating is produced primarily as waste heat from waste-to-energy plants Reno Nord, Aalborg Portland, and Nordjylland Power Station.

Aalborg District Heating is certified according to the ISO standards 14000 and 18000 regarding environment and occupational health and safety management systems and the company’s environmental work is documented in the annual environmental report.

As a part of Aalborg Municipality’s five utility companies, Aalborg District Heating is run by local politicians. The company’s revenues are primarily derived from the sale of district heating and services and cover the total construction and operational costs. This has contributed to the company’s position in the top 5 of the cheapest district heating companies in Denmark and also prepared the company for future challenges in an increasingly liberalized energy market.

Expanding for the future

One of Aalborg District Heating’s most recent energy sources is district cooling. The goal is to supply businesses in Aalborg Municipality with district cooling – a sustainable, economical, and safe solution.

Aalborg District Heating is currently working on an agreement with the new university hospital in Aalborg East.  Optimal utilization of local cooling resources from the lake by Aalborg Portland (artificially made by digging for chalk) makes district cooling cost-competitive compared with conventional cooling systems. The company aims to provide the hospital with both district heating and cooling at one of the market’s highest energy efficiency labeling classes.

Countries of interest:
All countries 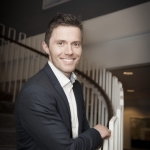