Only three EU member states have outlined credible plans to reach mandatory energy efficiency targets, among the 13 nations whose plans are woefully insufficient, according to a new study.

Research undertaken by the Coalition for Energy Savings has revealed that only Croatia, Denmark and Ireland have convincing plans in place to deliver annual 1.5% end-use energy savings from 2014 to 2020.

This binding target, mandated by the 2012 Energy Efficiency Directive, was set to support the EU’s efforts to achieve 20% energy savings by the end of the decade.

“EU leaders rightly stressed the need to moderate energy demand as the first step to reduce the bloc’s energy dependency, which is exactly what the Energy Efficiency Directive should deliver,” said Stefan Scheuer, Secretary General of the Coalition for Energy Savings. 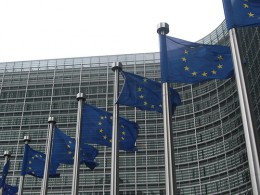 “Yet most governments’ implementation plans, in particular those from central and eastern countries, are not ambitious and do not convince us that the minimum energy savings will be reached.

“It is time for member states to walk the talk and ensure compliance to EU legislation,” he added.

The report finds that 13 countries including the UK, Germany, Sweden and most central and eastern European countries, have only incomplete or severely low quality plans.

“Overall, the plans are a weak start for implementation. A lot more needs to be done rapidly to ensure commitments to energy efficiency are honoured and legal requirements are respected,” the report warns.

Many nations have miscalculated targets, suggested ineligible measures or attempted to count some energy savings twice.

Moreover, almost all member states have used permitted exemptions to reduce their targets to 0.8%, “without consideration of national potentials, social, environmental and economic impacts,” the report adds.

The publication of the report follows an announcement by the European Commission that it is taking Belgium and Finland to court over their failure to introduce national laws required under the EU’s Energy Performance of Buildings Directive.

The Coalition for Energy Savings urges all EU countries to make use of the time that still remains to strengthen their strategies. The National Energy Efficiency Action Plans are not due until 30 April, and must be passed into national laws by 5 June this year.

They also encourage governments to engage with energy efficiency stakeholders to identify and understand best practices and increase the quality of their efforts.