The large German state, Baden-Württemberg, has just passed a new climate law, which requires mandatory heating planning in 103 cities, with a total of 5 million. citizens. Cities need to find green alternatives to fossil heat, and the state has district heating in its sights. This is good news for the climate and for Danish export companies. The heating legislation is inspired by Danish experience.

As one of Germany's largest and richest states, Baden-Württemberg has set a target of 80 percent of the state's energy consumption based on renewable energy by 2050. But heating and cooling make up 50 percent of Germany's energy consumption and are primarily based on black energy sources. There is therefore great German interest in converting the heating sector in a more sustainable direction. The fossil fuel share will largely be replaced by solar panels and surplus heat from industry and geothermal energy if Germany is to achieve its climate goals.

For the past three years, the Danish Energy Agency and the Danish Embassy in Berlin have collaborated with Baden-Württemberg's Ministry of the Environment, Climate and Energy to exchange experiences on the green transformation of the heating sector. The dialogue has been complimented by initiatives from the Danish Board of District Heating (DBDH), Danish Industry and State of Green, which have presented concrete Danish solutions for inspiration. The close Danish-German dialogue has now resulted in new heating legislation as part of a new climate law in Baden-Württemberg. This will ensure that the state's 103 largest cities with a total of over 5 million inhabitants must initiate a long-term strategic heat planning to boost the transition to renewable energy.

At the Danish Energy Agency, which has collaborated with Baden-Württemberg since 2017, Deputy Director Martin Hansen is pleased to see the state's new green heating initiative.
“We are very pleased that Danish experiences can now benefit Baden-Württemberg on their way to a green heat supply. Baden-Württemberg is a green front runner in Germany. We find that their new initiatives in the field of heating are being closely monitored throughout Germany, both at national level and in other Länder. Therefore, it will be exciting to follow them on this journey, which hopefully can inspire other states ", says Martin Hansen, Deputy Director of the Danish Energy Agency.

Large Danish export opportunities
When heating planning becomes a mandatory municipal task, there will probably be more green district heating. To support this shift, the Danish Energy Agency will assist the municipalities in their forthcoming heating planning. This could potentially create a large export market for green Danish energy technology in Germany, which is Europe's largest economy, and in 2019 Denmark's largest export market for energy technology.

Rambøll is one of several Danish companies that closely follow the development of the German market for district heating solutions.
“Rambøll has worked with energy planning and district heating projects in Germany since we opened a district heating department in Hamburg five years ago. We believe that mandatory heating plans will accelerate the green transition, and that it will bring our Danish solutions to the cities and municipalities much faster. We hope that Baden-Württemberg’s decision will inspire the other Bundesländer to introduce similar measures, ”says Managing Director, Energy, Michael Simmelsgaard.

Danish manufacturers of equipment for the district heating industry are also ready to contribute to a green transformation of the German heat supply. This includes Kamstrup, who is ready with technology.
“The technologies to provide efficient green heat are already ready and the potential in Germany is enormous. The utilities want to develop district heating, but it is largely about ensuring long-term planning and the right framework conditions to make it happen in practice. That is why we are incredibly positive about the new requirements for heat planning and are crossing our fingers that other German states will be inspired, ”says Steen Schelle Jensen, Head of Business Development - Heat / Cooling in Kamstrup.

The new law on mandatory heat planning was passed on October 14, 2020, and the heating plans must be in place for all 103 major cities in the state within the next three years. 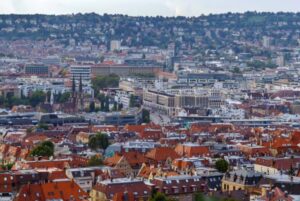