Former chairman of DBDH and director of Dansk Fjernvarme and member of its board, civil engineer H.C. Mortensen has passed away after longtime illness. He was 82 years old.

H.C. Mortensen was born on May 31, 1936 and had a long career in the energy field. In the mid-1970s, he was one of the authors of the heating plan for Denmark, which was the basis for district heating’s distribution throughout the country. When H.C. Mortensen in 1979 became director of Dansk Fjernvarme, he already knew the energy sector and the central administration, since he came from a position as head of the energy office of the Danish Environmental Protection Agency. After four years, H.C. Mortensen became technical director at CTR, and two years later, he was appointed managing director of CTR. He held that position for almost two decades. In 1997, H.C. Mortensen returned to Dansk Fjernvarme as a member of the board of directors for six years. 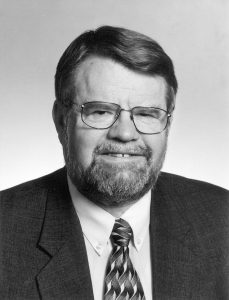 H.C. Mortensen has also been chairman of the international energy agency IEA’s Executive Committee on District Heating and Cooling, and as head of the Nordic group on nuclear preparedness, he was sent to Three Mile Island at the nuclear accident in 1979. In 2003, H.C. Mortensen retired and moved with the family to Sønderborg, where the youngest son Kasper went in his father’s footsteps and trained as a civil engineer. H.C. Mortensen was a member of Sønderborg Fjernvarme’s board of directors and member of the Energy Complaints Board for a number of years. He also received the Knight’s Cross. He leaves behind his wife Inge-Maj and four children.