Around one-quarter of all EU final energy consumption is used to heat the spaces we live and work in.

The European Union has set a target of increasing renewables in heating and cooling by 1.3% every year starting in 2021. Given the pervasiveness of gas heat, it may be a struggle.

Why do home heating boilers always choose the middle of winter as the time to break down? It’s one of life’s great mysteries, and anyone who’s been through it knows it’s not a fun experience. When the heat goes out, all we can think about it getting it back on – fast.

Even if we’re vaguely aware that gas boilers are bad for the climate, at that moment it’s not at top of mind. If the technician says you need a new unit, you’re going to pick the one that’s the cheapest and fastest to install.

“When the boiler breaks in the winter time, you need a quick fix, so you replace a gas boiler with a gas boiler,” says Irene di Padua, from industry association Solar Heat Europe. “If you want to switch to something better, you need to plan in advance and do it in the summer. But if citizens aren’t aware of all the alternatives they can use instead of a gas boiler, this shift won’t happen.”

Di Padua represents the companies working in solar thermal energy, and she is pushing EU lawmakers to make it easier and more affordable for individual citizens as well as offices and cities to switch to solar to heat their homes.

The problem is that this can be a long and costly process. A solar collector unit, which uses thermal energy to generate heat, can be used for both hot water and space heating – and in factories it can be used for industrial purposes.

But it’s a different system than the millions of oil and gas boilers currently installed across European homes. And for a complete replacement planning is needed since the whole building’s system may need some changes. The switch isn’t going to happen on its own.

As talks on the EU’s renewable energy rules resume, one of the main talking points is how to decarbonise the heating sector, and deploy technologies like heat pumps and district heating. The International Energy Agency’s Ute Collier told EURACTIV in an interview that the task is complex and difficult.

Di Padua says heating and cooling is often overlooked by policymakers, even though it accounts for half of energy use and its emissions continue to rise even as other sectors fall.

Currently only 18% of heating in Europe is renewable. The EU recently revised its Renewable Energy Directive to set a target of raising this by 1.3% each year starting in 2021. Now, the question is in which areas policymakers will focus in order to meet the focus.

Some fear they are looking in the wrong direction.

“When policymakers think of renewables they think of wind and solar PV,” she says. “Yes, it’s good to have renewable electricity, but that won’t bring us to a decarbonised system in 2050.”

Solar thermal still represents a small fraction of European heating. But the technology is mainly being developed in Europe, and is being exported to the Americas and China.

At the moment solar thermal is being used quite a bit in Southern Europe. In Greece, for example, a solar thermal system can cover almost all the need of domestic hot water of a household, and 70% of the excess solar heat is exported to other countries. Large systems can also be found in Denmark and Austria.

But the current deployment doesn’t match the technology’s potential. “We need funding, because the up-front costs are quite high,” she says. “You need to adapt the building structure. But on the operational costs, you don’t have any. You don’t need any fuel or maintenance. We’re looking at lending systems or ESCO (energy service company) models, where a company owns the collector, and lends it to users. We’re also looking at aggregation projects, or district heating projects, because that makes it easier.”

Brian vad Mathiesen, a smart energy researcher at Aalborg University in Denmark, recently told EURACTIV that at least 50-70% of EU households could be served more cheaply by thermal infrastructure through district heating networks.

He said that in order to meet its 2050 climate target, the EU will need to ban oil and gas boilers by 2030. Yet most EU countries are currently planning to expand gas.

Emissions from residential heating can be drastically reduced if Europe agrees a ban on new oil and gas boiler installations by 2030 at the latest, according to a Danish researcher who led an EU-wide study to decarbonise the heating and cooling sector.

The difficulty in switching individual buildings to renewable heat means that large-scale solutions are the lowest-hanging fruit, and these will be easiest in high-density cities which already have district heating. These are systems for distributing heat generated in a centralised location through a network of insulated pipes. District heating currently provides only 8% of the heating demand in Europe.

District heating systems are common in Northern European cities, particularly in Denmark, Germany and Poland. They meet 63% of Denmark’s heating demand – though more than half of that is generated from fossil fuels.

These systems are far more efficient than individual gas boilers and emit far less carbon. But they’re not perfect. Many of the systems generate the heat through coal, particularly in Poland. Others use cogeneration plants (also known as combined heat and power) to use the excess energy from electricity generation using fossil fuels or biomass to generate heat, distributed through district heating. It can be highly effective, but is still not widely deployed.

Perhaps EU policymakers would be more motivated to increase deployment if they knew that they were being kept warm during the cold Brussels winters by this technology. Both the European Commission and European Council headquarters are heated by cogeneration units – although the European Parliament is not.

François Paquet, policy and public affairs manager at the industry association COGEN Europe, says there is huge potential for these cogeneration plants combined with district heating but it isn’t being explored like it should be.

“The key question is about using energy efficiently, and that will still be relevant when the CO2 from the energy system will be lower,” he says. “That’s where cogeneration comes in. You can use existing structures for gas or renewables and make the most out of it without wasting energy.”

Currently, only 11% of the EU’s electricity and 15% of its heat come from cogeneration. This is reducing emissions by 200 million tonnes of CO2 per year. By 2030, cogeneration’s share in electricity production could double. But only if the right policy framework is in place.

“So far, EU and national legislation on efficiency heating and cooling has not delivered,” he says. “The integrated national climate and energy plans as well as the update of the national Comprehensive Assessments on Efficient Heating and Cooling, due at the end of this year and end of 2020 respectively, will be key to commit to more action on heating and cooling.” 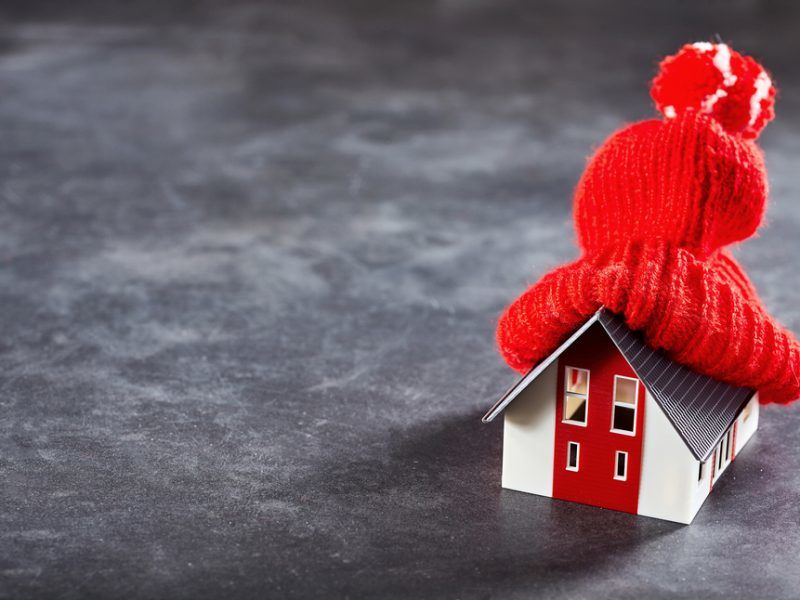 Europe’s heating and cooling sector accounts for more than one third of the EU’s untapped renewable energy potential, according to one new study, while another has highlighted which countries are the worst for deaths caused with living in cold homes.

Electrification
People urging for non-electric solutions often grumble that policymakers have viewed electrification as the holy grail for decarbonising Europe. Indeed, electrification is one of the main avenues identified in the European Commission’s 2050 climate strategy. But critics have pointed out that this electricity is still being generated by fossil fuels, and so it is not the silver bullet it is sometimes presented as.

Wind and Solar PV say they can step in to provide the renewable energy providing this electric heat.

“Our focus is on district heating and industrial heating,” says Giles Dickson, CEO of industry association Wind Europe. “In buildings, we think we can raise the share of electricity from 36% to 64% by 2050”.

While Solar PV would be better for small home generation systems, Dickson says wind is better suited to power large electric heat generation systems – which could be distributed through district heating. “Wind is 14% of all electricity consumed in Europe, Solar PV is 4%, so it’s starting from a different place,” he says. He points to a project in Hamburg, Germany by energy giant Vattenfall to connect new electric boilers to wind farms.

Where it is available, wind power provides much more reliable electric heat than solar PV, he says. “The output schedules are of course very different. Solar generates in the middle of the day, wind generates 24 hours. It goes up and down, but it doesn’t have a guaranteed down time every day. When do people consumer heat? When they go home in the evening.”

The organisation is cooperating with solar organisations to develop hybrid wind and solar installations to overcome these capacity challenges, he adds.

Promoting renewable energies in the heating and cooling sector is “a productive investment” that will strengthen Europe’s resilience to the renewed volatility seen on oil markets since the US pulled out of the Iran nuclear deal, a senior EU official told a EURACTIV event.

Of course, these solutions are designed for high-density urban areas. What about rural areas? Dickson says rural wind farms could, in the future, power household electric boilers. But that would still require some level of aggregation. In such a scenario, individual storage solutions like electric batteries will play a growing role in future.

Dickson says now that the Renewable Energy Directive’s 1.3% target for renewable heat has been adopted, his main focus is getting the best implementation possible in the national energy and climate plans.

“Most draft national energy plans are very thin on this,” he says. “We need national governments to be articulating strategies for electrification of heating and renovation – crucially of heating in the building stock and retrofitting heat pumps into buildings”.

Finding their own way
This is the crucial question going forward. Each EU member state has unique circumstances that define their starting point. Some have more sun, some have more wind. Some have extensive district heating in place already, while in some it is unknown. And, most essentially, some countries are cold while others are hot.

Yet no matter what their circumstances, each country will now have to find a way of meeting this target.

“Member States will have different starting points, and this is why the renewable heat target provides some flexibility on the level of ambition and what can be accounted towards the target, once the share of RES heat reaches higher levels,” says Paquet. “On the other hand, countries with higher shares of fossil fuels – often very polluting fuels like coal – have a greater potential to decarbonise their heat generation and can move forward at a faster pace making use of solutions already available on the market.”

That’s why COGEN Europe is focusing its lobbying energy on asking policymakers to apply energy efficiency in the entire energy system across the board. No matter what a country’s starting point, the need for increased efficiency is a constant.

“As renewable fuels are precious, and still scarce at the moment, we have to use them in the most efficient way to prevent costly losses,” he says.