In cooperation with the Polish Chamber of District Heating (IGCP) and the Danish Embassy in Warsaw, DBDH is organizing a district heating road show to the Northern part of Poland.

During the four day road show from 4 to 8 October, we will visit cities in West Pomerania and Pomerania. District heating utilities in Szczecin, Kolobrzeg, Slupsk and Gdansk will host meetings where we shall also meet City representatives in charge of infrastructure and district heating utilities from the many surrounding regions. DBDH chairman, Mr. Lars Gullev, will join the tour as well as Vice President of IGCP, Mr. Boguslaw Regulski.

The road show will give your company the first hand insight in the challenges and need of your potential customers, and bring you in close contact with the companies that are prioritizing new investments in the district heating sector. Enclosed you will find description and tentative program for the roadshow. However, please do not hesitate to contact me if you need any further information. 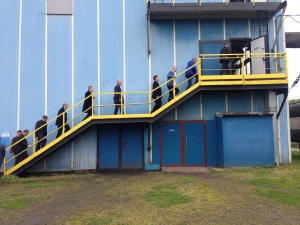