The first speaker was Minister of Industry, Business and Financial Affairs Brian Mikkelsen. The minister started by pointing out that export of energy technology and digitization, which were the headlines for the conference, are also issues that are very high on the agenda of the minister and government. And while we also have a Minister of Energy, Utilities and Climate (Lars Chr. Lilleholt), this particular area is very close to the area that Brian Mikkelsen is in charge of.
“Energy and climate politics are also very much a business politics. The two things cannot be separated. Partly because the energy industry itself creates growth and jobs, but also because they provide the rest of the business. And for the companies, price and stability of supply are also central to their competitiveness”, Brian Mikkelsen said at the conference. 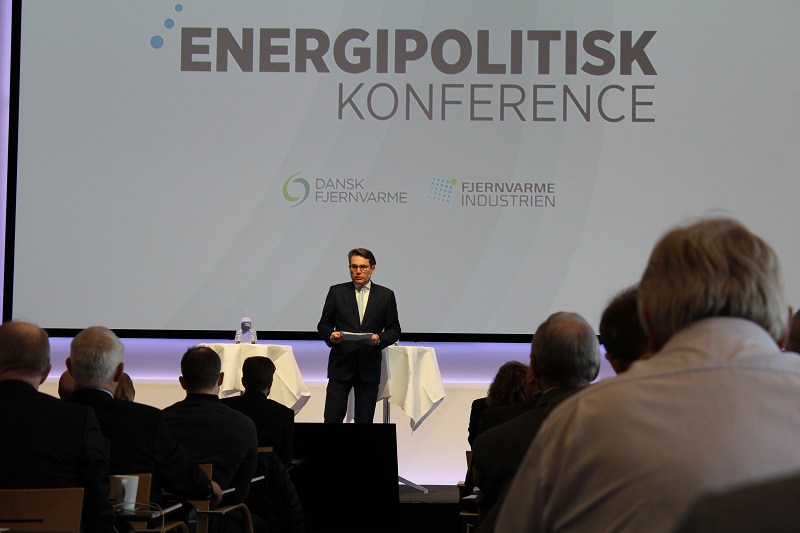 “The energy sector is one of Denmark’s strengths when we compare ourselves with the rest of the world. This can be seen by the fact that Denmark is the country in the EU where the export of energy technology is the biggest part in total exports”, Brian Mikkelsen said before he looked at the district heating sector, which has just published its industry statistics, indicating developments in the sector.

And while the minister welcomed the historical development, he did not hide the fact that it is a development we must fight to keep in track. 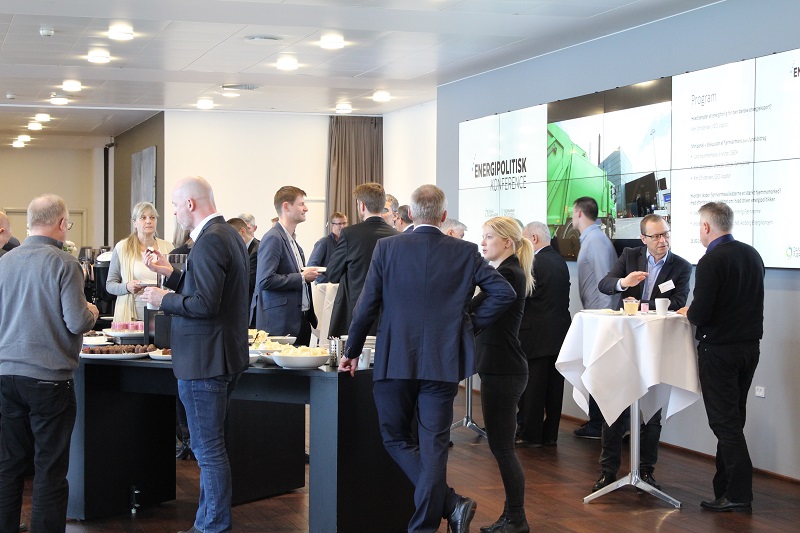 And there are many challenges. The goal of 50% renewable energy in 2030 is one of them, because how do you actually get there? And there are other areas too: For example, the energy supply must become greener. Denmark must be made a “green export superpower”. And the energy taxes must be looked at and perhaps considered to be modernized. Dorte Nøhr Andersen thinks there will be changes in the energy political areas, where the traditional discussion that used to be focused on details will be replaced by a larger focus on the market and the free competition, which will control the green conversion. There is a great focus on electrification but that does not mean a steering away from biomass and biogas.

A new report has just been released – “Brancheeksport 2018”. The report, which is made by Dansk Fjernvarme and DBDH, shows, in numbers and trends, to what extent district heating contributes to jobs, growth, export, green conversion and security of supply. To present the report were Kim Mortensen, managing director at Fjernvarmeindustrien, and Lars Hummelmose, managing director at DBDH:
The Danish district heating sector saw an increased turnover and employment in 2017, while the export kept its level. However, the sector still needs clarification regarding investment conditions of the future if the development should keep going. The total employment in the district heating sector has decreased somewhat in 2017. So has the turnover, whereas the export is more or less at the same level as the year before.

The Danish district heating industry has for many years enjoyed a good cooperation with the heat supply companies, which have been helpful in being used as showcases for new products as well as laboratory for new products. “We notice that the many foreign delegations are very impressed by this”, says Lars Hummelmose and continues: “When we, as opposed to earlier, do not see a growth now, it is particularly due to the fact that we are awaiting clarification regarding the sector’s investment conditions. This of course puts the investments on hold, and this is also felt by the Danish export companies.” 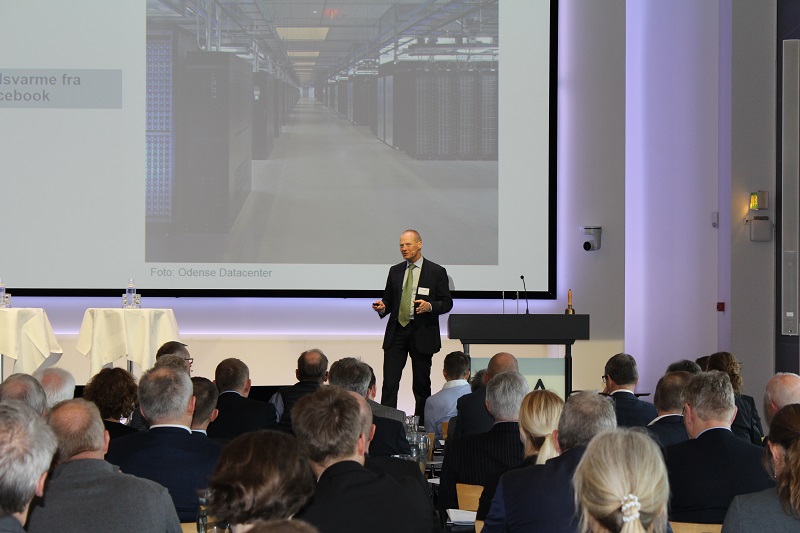 After this, a mini panel discussion between Lars Hummelmose, Kim Mortensen and Kim Christensen took place with Kim Behnke as moderator. 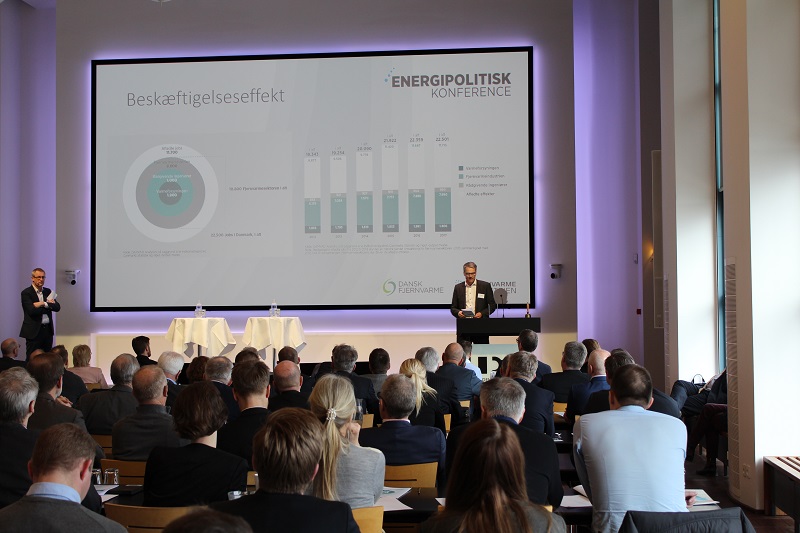 Steen Thøgersen from Bramming Fjernvarme and Jesper Møller Larsen from Aalborg Energikoncern each gave their suggestions and input to this with their presentations (see both of these below).

For years, energy policy has been characterized by planning and determination of political goals. But maybe new winds are now blowing in energy politics. The market must have bigger weight, but is this how the political are actually blowing?

This was the introduction for the three energy-political spokesmen Carsten Bach (Liberal Alliance), Søren Egge Rasmussen (Enhedslisten), and Thomas Danielsen (Venstre). They all agreed that a proposal will soon come and it will come to a good agreement; however, from here their opinion somewhat differed. Søren Egge Rasmussen concluded that sometimes it is the market that sparks the agenda (Facebook and Google being examples of that), but that does not mean we should lean back and let the market decide.

The last speaker at the conference was Jette Miller, Director, De Frie Energiselskaber, who with her presentation “Diversitet i forsyningen” wanted to draw attention to the fact that diversity is seriously in short supply in many, if not all, industries. This imposes a real problem as industries as well as society need a group of mixed employees in order to set the best team.

However, according to Jette Miller, the problem is not just confined to men vs women, but to old vs. young, education etc. Jette Miller offered some interesting examples, and, with her inspiring and thought-provoking presentation (see presentation below), concluded the day’s programme of the energy conference.