Plans for a €40 million district heating system run on hot water supplied from the Poolbeg incinerator are being advanced by Dublin City Council. Council chief executive Owen Keegan said about 50,000 homes could be heated using water heated by the waste incinerator and piped to homes in the docklands on both sides of the Liffey.

The plan was initially proposed more than a decade ago, but was delayed because of delays with the incinerator itself. However, Mr. Keegan said the proposal was now firmly back on the drawing board and could be extended to other areas of the city with the addition of other heat sources. He instanced the ESB’s current electricity plants on Poolbeg which he said could contribute heat recovered during the electricity generation process. Many of the major buildings developed in the docklands over the last decade had been planned so that they could use the heating system, he said. Pipes have been installed under the Liffey to take the hot water from the incinerator to the north docklands. 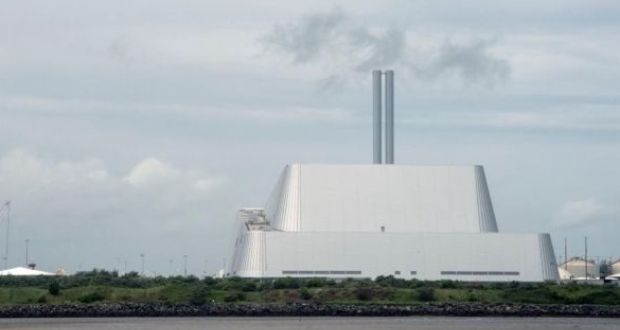 Investigating
Mr. Keegan was responding after the Local Government Audit Service noted spending on the project by the city council reached €10.9 million in 2017. In its 2017 audit of the council the audit service said the project “has a debit balance of €10.9 million. It is recommended that arrangements are put in place to reduce this debit balance over a planned period of time”. In response, Mr Keegan told the audit service the council was investigating the most appropriate business model and commercial arrangements that would deliver the Dublin district heating scheme for Dublin.

Speaking to The Irish Times , Mr Keegan said the council was currently considering a partnership model with the private sector to run the scheme. He said the benefit was that the source was “waste heat” which would be recovered. While the energy used to heat the water at Poolbeg would be “almost free” he said the heat generated would be sold to homes and businesses. This would create a business model that was bankable, he said, and could be used to raise money for the rollout of the project.

Investment
He estimated the further investment in the project would probably amount to another €30million, bringing an estimated total cost to the region of €40 million. Mr. Keegan also said there would be considerable environmental benefits in running a district heating system as it would use “waste” energy and there would be a knock-on reduction in carbon emissions from individual central heating systems.

According to the Sustainable Energy Authority of Ireland district heating delivers 9 percent of Europe’s total heating demands. In Denmark it delivers 60 per cent of the heating demand.