The Danish town of Viborg is unhappy about what they believe is a lack of transparency surrounding a planned data centre, which had been supposed to provide district heating for residents.

Apple’s planned Viborg data centre promised to offload excess heat to city, but experts are saying this will require huge investments on behalf of locals and their representatives are unhappy at being excluded from knowledge of the finer details of the deal.

But it has emerged in a public council meeting in Viborg that to offload the excess heat, which would mostly be used to provide heated water to city residents, taxpayers are going to have to front large Investments. 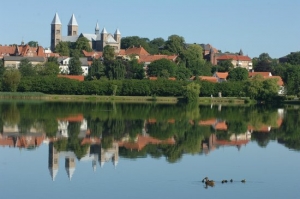 “It is the consumers in Viborg who will pay for the investments that are associated with utilising surplus heat from Apple,” said the director of Viborg’s District Heating Company, Morten Abildgaard, as cited by Danish newspaper Børsen. “Therefore, the only priority [is that] that we do not tie consumers up on long-term investments that we cannot realise the consequences of.”

Børsen also quoted Danish District Heating energy expert John Tang Jensen as saying the project would require “massive investments” into specially-designed pumps that will be able to heat water from 25 degrees Celsius to 55 degrees Celsius, to get it to work with the local heating network.

The issue is confused by Apple’s initial statements which had proclaimed, “Like all Apple data centres, the new facilities will run entirely on clean, renewable energy sources from day one. Apple will also work with local partners to develop additional renewable energy projects from wind or other sources to provide power in the future. These facilities will have the lowest environmental impact yet for an Apple data centre.”

According to the Borsen website, residents have got no insight into the Apple negotiations, as they are being held behind closed doors with municipal energy provider Energy Viborg.

On top of this, up to 5,000 homes in Viborg would have to be retrofitted with new heat exchangers just to be able to take advantage of the system, along with the city having to install an entirely new water piping system.

The chairman of a group of heating consumers in Viborg, Ole Jespersen, told Børsen that the project may require an investment of 250 million DKK.