The concept of pre-insulating steel pipes and covering the insulation with a water-resistant casing was invented in Denmark in 1960. The concept became a major success and an abundant number of kilometres of pipes has been installed in Denmark and abroad creating the basis for modern cost-effective district heating systems.

Intense research and development activities in Denmark have, over time, provided better quality and even more cost effective systems. Today, pre-insulated pipes are buried directly in the ground, carried under seawater and fitted without the use of compensators or other stress releasing methods. The service life is calculated to minimum 30 years, but we will see pipes in service many years after this theoretical limit. Furthermore, it is interesting to know that many of the pre-insulated pipes installed in the 60s and 70s still operate satisfactorily. 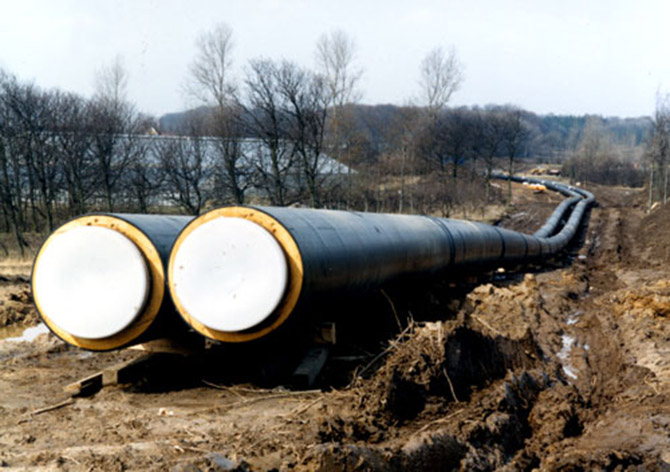 Plate heat exchangers are widely used in Denmark to separate circulating water in different networks. It is an example of compromising investment and operating costs, with the objective of minimising pressure loss and simultaneously maximising the heat transfer coefficient.

Plate heat exchangers have the additional advantages of demanding less space than other types and being built in modular form. The capacity of a plate heat exchanger can thus be increased by adding more plates – an operation that can proceed in parallel with the expansion of the network. In this way, investments in heat exchanger capacity can be scheduled to follow demand.

To deliver heat in abundant quantities 24 hours a day is a simple task, but to deliver the exact amount of heat needed at any given time to all consumers requires modern equipment and operational skills. It is, nevertheless, the way Danish district heating systems are operated today.

The primary reason for using this concept is the large potential for saving power for pumping. Often the reduction of pump energy can be reduced to one third over the year, and the pay-back time on the installation is often less than two years. Another reason for using this concept is the reduction of heat loss from the network due to reduced temperatures outside peak hours. Furthermore, wear and tear of the pump system is reduced, resulting in prolongation of the service life. 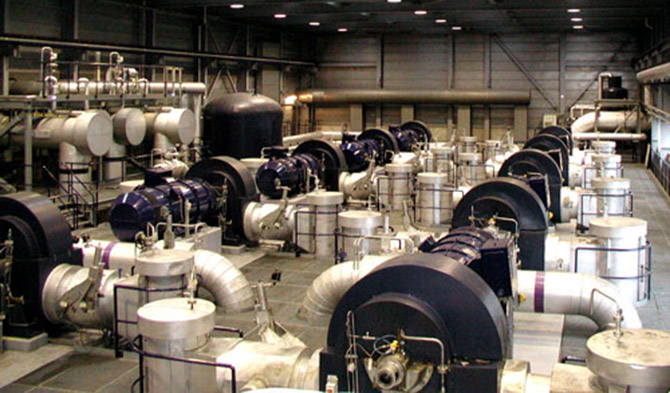 Pumping station at the Avedøre Power Station in Copenhagen

Even in small house installations and apartment buildings, speed-controlled circulating pumps are used providing energy savings without losing comfort. In such installations, the pay-back time is short, and the reason is that the cost of small speed-controlled circulation pumps are low because they are produced in large numbers and due to the technological development of the electronic control unit.

In Denmark, it is mandatory to pay for heat and other utilities like water and electricity according to consumption. Therefore, all district heating installations are equipped with energy meters and heat allocators. 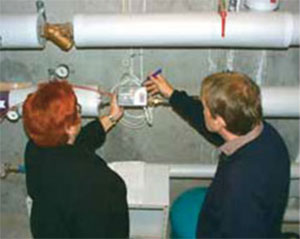 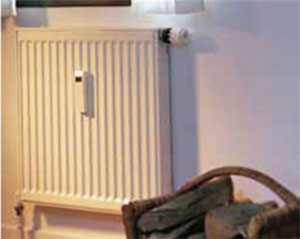 One way of measuring heat consumption of a multi-storage building is to install a heat meter at the point of heat supply to the building, and place heat allocaters at the radiators in the flats

Modern energy meters are provided with facilities for remote reading. This is widely used by the district heating company to conduct better planning of the operation and to give alarm signals when pre-set values are transgressed, e.g. through leaking. Remote reading also provides facilities for the consumer who can follow his own consumption via the internet.