Facility was badly damaged by a fire earlier this month

Denmark’s largest energy-from-waste plant, the Vestforbrænding facility, faces several more weeks before it can return to full operation after a fire earlier this month. The plant’s two lines, called lines five and six, were severely damaged in a fire on 5 November. 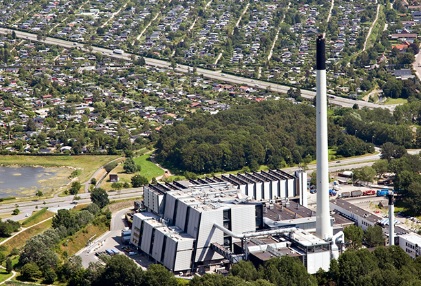 The plant, which is owned by 19 local authorities, said in a statement that it had only recently been able to assess the full extent of the damage. According to the statement, line five would not be operational until mid-December. Line six would return to service “later” than that. Waste that was due to be processed by line five is being redirected to “intermediate storage” and other EfW plants, according to the statement.

District heating supplies will be sourced from industry in a reverse of the normal routine of the EfW plant supplying them, according to the statement.

Vestforbrænding located in Glostrup, just outside Copenhagen, processes about 554,600 tonnes of household and commercial waste – of that some 67,000t/yr is biomass. When operating the plant produces 255GWh electricity and 1206GWh of district heating per year. The EfW plant began taking UK-based waste about three years ago.