DBDH’s participation with the Prime Minister in Ukraine

A group of 11 companies participated with DBDH in the Prime Minister’s visit to Kiev on April 19, in Denmark-Ukraine Business Forum, which focused on energy and agriculture. The visit was the newly appointed Ukrainian Prime Minister Volodimir Groisman’s first official state visit, and attracted much attention from the energy sector in Ukraine, who attended a cleantech seminar with focus on a World Bank project aimed at the district heating sector and 8 selected cities in Ukraine. 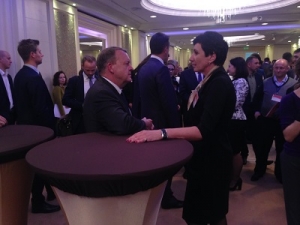 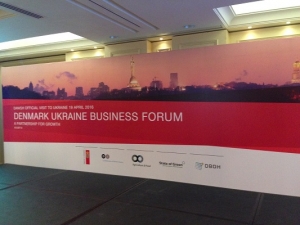 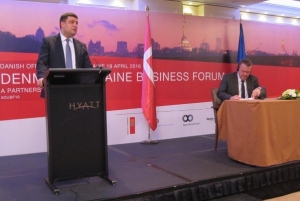 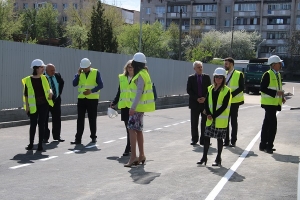 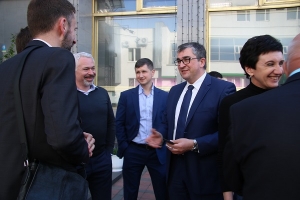 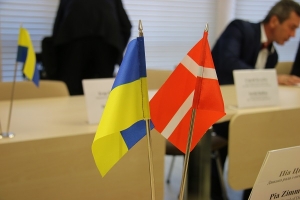 During the Prime Minister’s visit, a number of representatives from DBDH delegation had the opportunity to discuss Danish businesses to come up with concrete solutions to the challenges that the Ukrainian district heating sector is facing.

Together with the Danish Embassy in Kiev, DBDH had organized a roadshow in combination with the Prime Minister’s visit to Ukraine. Thus, the DBDH delegation began with a visit to Vinnytsia on 18 April. The city is one of the eight cities covered by the World Bank loan program for the district heating sector, which over the next four years will be used to upgrade the district heating system in the city. The newly appointed Prime Minister Groisman is the former mayor of Vinnytsia, which in many areas is the front-runner. The delegation was received in Vinnytsia City Council, which held a technical seminar with participation from Vinnytsyamiskteploenergo. After the seminar, the delegation visited a newly renovated boiler station, as an example of how Vinnytsia’s district heating sector wants to prioritize the modernization and energy efficiency.

As the last town in the district heating trip, the delegation visited Mykolaiv on April 20. The city is located in the southern part of the country on the Black Sea. There was good attendance at the technical seminar, where also the plans for the city’s upgrading of the district heating system under the World Bank project were put into the open for discussion at the seminar. The project includes modernization of boiler stations, replacement of tranmission networks, substations, scada systems, as well as biomass.

The Danish Energy Agency participated along with the DBDH delegation throughout the trip, represented by Anders H. Kristensen, currently based in Kiev under the energy cooperation with the Ukrainian Ministry of Energy, and Anders Hasselager.

In December, all the cities in the World Bank project were on a one-week study tour in Denmark, and the visit was therefore a follow-up on this.