November 11 to 15, DBDH in cooperation with the Danish Consulate General in St. Petersburg arranged and participated in the District Heating Sector Visit to the regions of Tyumen and Chelyabinsk, together with 8 Danish companies: Aalborg Engineering, Danfoss, Desmi, EKF, Grundfos, GMF, Logstor, Salling Plast.

The aim for the Danish delegation was to share and discuss experiences on energy efficiency and introduce the concept of “Low Hanging Fruits”. The task of the latter is to show the Russian public services and industry, specific ways to implement energy efficient technology through projects with a short payback period. The presentation of the “Low Hanging Fruits” took place on 12 November in Tyumen at the round table meeting at FORTUM focused on: “Increasing energy efficiency of enterprises, housing and communal services of Tyumen region“. 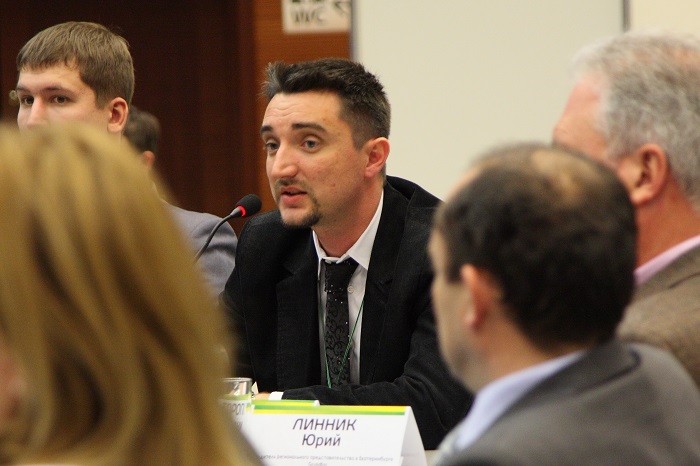 The visit to Tyumen caught the eyes of the Russian media and shows just how ripe the Russian public as well as the official Russia is to implement energy efficient technology into their vast production apparatus.

Tyumen service utilities are currently at a very bad condition. The chain of losses is simply depressing – to the consumer comes in the best case 37.5 % of the produced heat! One tenth of the heat is lost during production, 4% during transportation. Another 11.5% during distribution and 10% for regulating the inside buildings. Finally – the greatest loss – 27% – is due to open doors and windows. In other words – Money out the window! 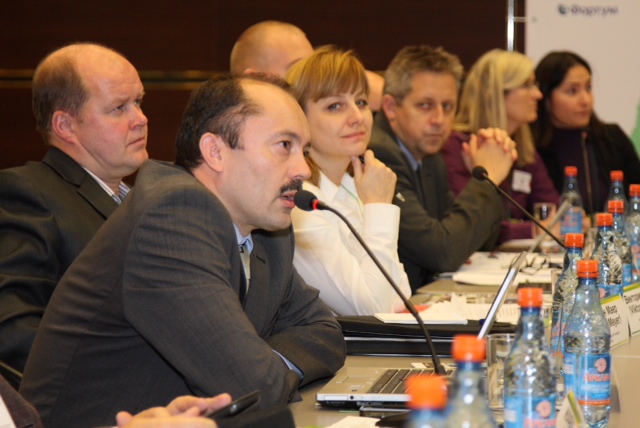 Forecasts of economists is not comforting, if Tyumen will continue to be careless about saving resources, by 2017 they will have to pay for heat 5 times more than the inhabitants of the Scandinavian countries. A task that the Danish companies are eager to change.

During the visit the Danish delegation participated in round table meetings with the Finnish energy company Fortum, which is the leading energy company in the regions of Tyumen and Chelyabinsk.

Below you can see selected articles (in Russian) as well as a video (in Russian) from the Russian media about the sector visit to Tyumen.On November 14, the Danish delegation reached the region of Chelyabinsk, which was the last part of the visit in Siberia.

As in Tyumen, the Danish delegation also had meetings with the energy company Fortum, which delivers 90% of all the consumed energy in Tyumen and Chelyabinsk and is an absolute monopolist in the sector. Furthermore the delegation had a meeting with the Vice-Chairman of Chelyabinsk Oblast Government Mr. Sergei Shall. The Vice-Guvernor is responsible for infrastructure, building and housing sectors in the region and the meeting led to fruitful talks on cooperation with the Oblast and Fortum. The plan of a future visit to Denmark was taken. The planned visit to Denmark will be a small delegation visit by 5-6 persons from Fortum and local contractors within the District Heating Sector, focused on being inspired and learning from Danish experiences and technologies.

DBDH and the Danish Consulate General in St. Petersburg already have a very fruitful relationship with Fortum from a previous DBDH Sector Visit and the forthcoming visit to Denmark will therefore be a unique opportunity to follow up and strengthen the cooperation between Fortum and Danish companies in the sector.

Links from the Local media(all Russian):