On June 13 & 14, 2013 a number of Danish companies participated in a DBDH sector visit to Arkhangelsk led by the Danish Ambassador Tom Risdahl Jensen. Also the Danish Ministry for Climate, Energy & Buildings represented by Anders Hasselager as well as Danish Consul General Klaus Soerensen joined the sector visit, which had the full support from the Government of Arkhangelsk. 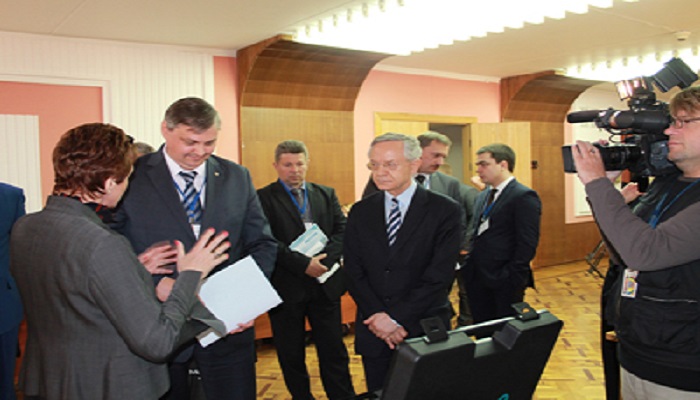 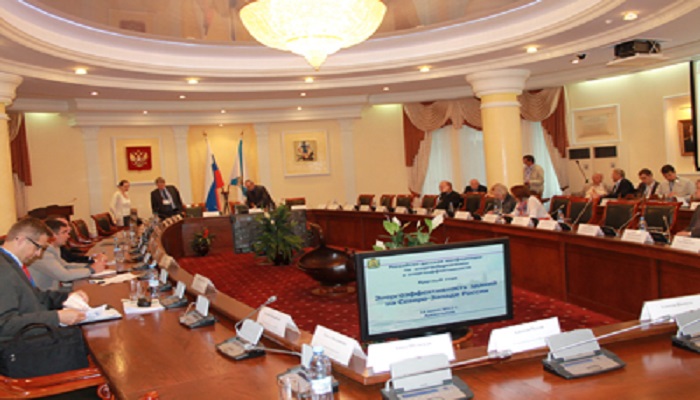 Round table at the Governor´s room[/caption]

The conference “Energy Savings and Energy Efficiency in district heating” was opened by Deputy Governor, Alexey Alsufiev: “Our region has focus and great potential for energy efficiency and energy savings, and the conference is of great interest both to our Government, the enterprises and organisations working in this field”, the Governor said in his welcoming speech.

The conference opening by the Governor and the Danish Ambassador was followed by speeches touching upon energy efficiency and energy savings in Arkhangelsk region by Minister of Energy Mr. Igor Godzish, and Director of “Regional centre for energy efficiency” Mr. Daniil Shaposhnikov. From the Danish side, Mr. Anders Hasselager presented Danish energy policy with focus on increasing of energy efficiency in housing and utilities.

The Danish participating companies: Dall Energy, Desmi, Logstor, Aerovit/Era-Power, Danfoss, Kamstrup, SPX/Teplotex, Grundfos & EKF each made presentations during the Concept Seminar in the morning session and the Technical Seminar in the afternoon session. (All presentations can be downloaded below). During the breaks for coffee and lunch, the audience met with the companies b-2-b at the parallel exhibition for more close discussions.

The two-day program also offered a presentation of the development strategy of TGK-2. The company comprises 5 Russian regions: Arkhangelsk, Vologda, Kostroma, Novgorod and Yaroslav, and owns 12 heat and power plants, 14 boiler houses and 4 heat network enterprises. The company presented their major investment projects for the Danish delegation. Further, the delegation participated in a comprehensive round table program to meet the municipal services and building industry of Arkhangelsk region including the cities Vologda, Pskov, Nevel, Ostrov. Also ArkhOblEnergo participated in the round tables and listed a number of relevant development projects in the municipal districts of Arkhangelsk Region.