Congratulations to Anders Dyrelund, celebrating his 40th anniversary at Rambøll

DBDH wish to congratulate Anders on his 40th anniversary at Rambøll and thank him for his support, expertise and friendship over the years.

Anders is the market manager in Ramboll’s energy division, where he has been employed since 1975 only interrupted by five years in the Danish Energy Agency in 1981-86. At Ramboll, Anders is one of the company’s leading consultants in energy planning in cities and thus also district heating, which he also uses in his role as chairman of the professional network IDA Energi.

Throughout these years, he has also contributed to a large number of projects in over 20 countries based on experiences from Denmark, has been an international inspiration by sharing solutions from Danish energy systems to numerous foreign delegations and of course is highly regarded as an esteemed speaker at international conferences. 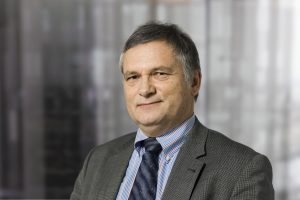