A second generation of CHP for UK buildings

How long has CHP/cogeneration – particularly the most visible, small-scale systems located in buildings – been around now? Is it time to stop referring to them as new or innovative?

The news a couple of weeks ago that Marriott hotel group is replacing small-scale packaged CHP schemes at 14 of its UK hotels, with a new wave of ‘second generation’ equipment, has set me thinking. Curiously, the Marriott announcement was made a day after GE Distributed Power said that its UK distributor, Clarke Energy, is to replace existing landfill gas-to-energy plants at eight sites operated by waste management company Biffa in the UK, with new plants based on GE Jenbacher engines. Though not CHP, these installations follow the same pattern of local engine-based generators being replaced with new models. 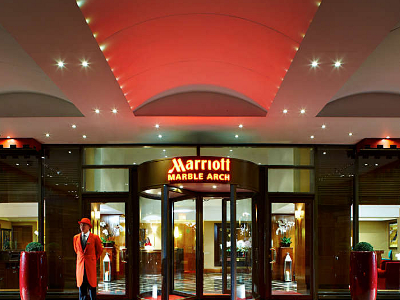 In fact, the first wave of small packaged CHP systems designed to operate in UK buildings became established in the in the early 1990s, helped into the market by what were then innovative no-capital finance deals – under which the host hospital, leisure centre or hotel operator spent no money up-front as capital, and installation costs were met by the equipment supplier. Subsequent energy cost savings are shared between the two parties.

Marriott has had CHP in its UK properties for more than 15 years and its new CHP plants will be installed under Dalkia’s Eco2Synergy package. So, in the UK and elsewhere in Europe, we have reached the end of operating lifetimes for the first packaged CHP plants, and these are being replaced with new, even more efficient models.

Packaged and automated CHP schemes designed to plug into building HEVAC systems are a relatively modern success story, though they have spread across Europe and to the US in the last 20 years or so. That’s a mature, no longer innovative, technology.

Larger-scale CHP has been around for rather longer, of course, and goes back almost to the beginning of commercial power stations in the US in the 1880s, where steam engine-based plants distributed steam for heating, as well as power. The first wave of mostly coal and oil-fuelled cogeneration plants serving district heating schemes and large industrial sites followed and the health of the CHP industry waxed and waned across the decades according to technology advances and the growing dominance of centralized, grid power systems. Until more recent years, when moves to increase fuel use efficiency and partly decentralize energy systems were established.

Last, micro-CHP designed to serve individual homes have the shortest history. Only in Japan, to date, has the technology secured a significant foothold – but great things are expected of micro-CHP in Europe one day.