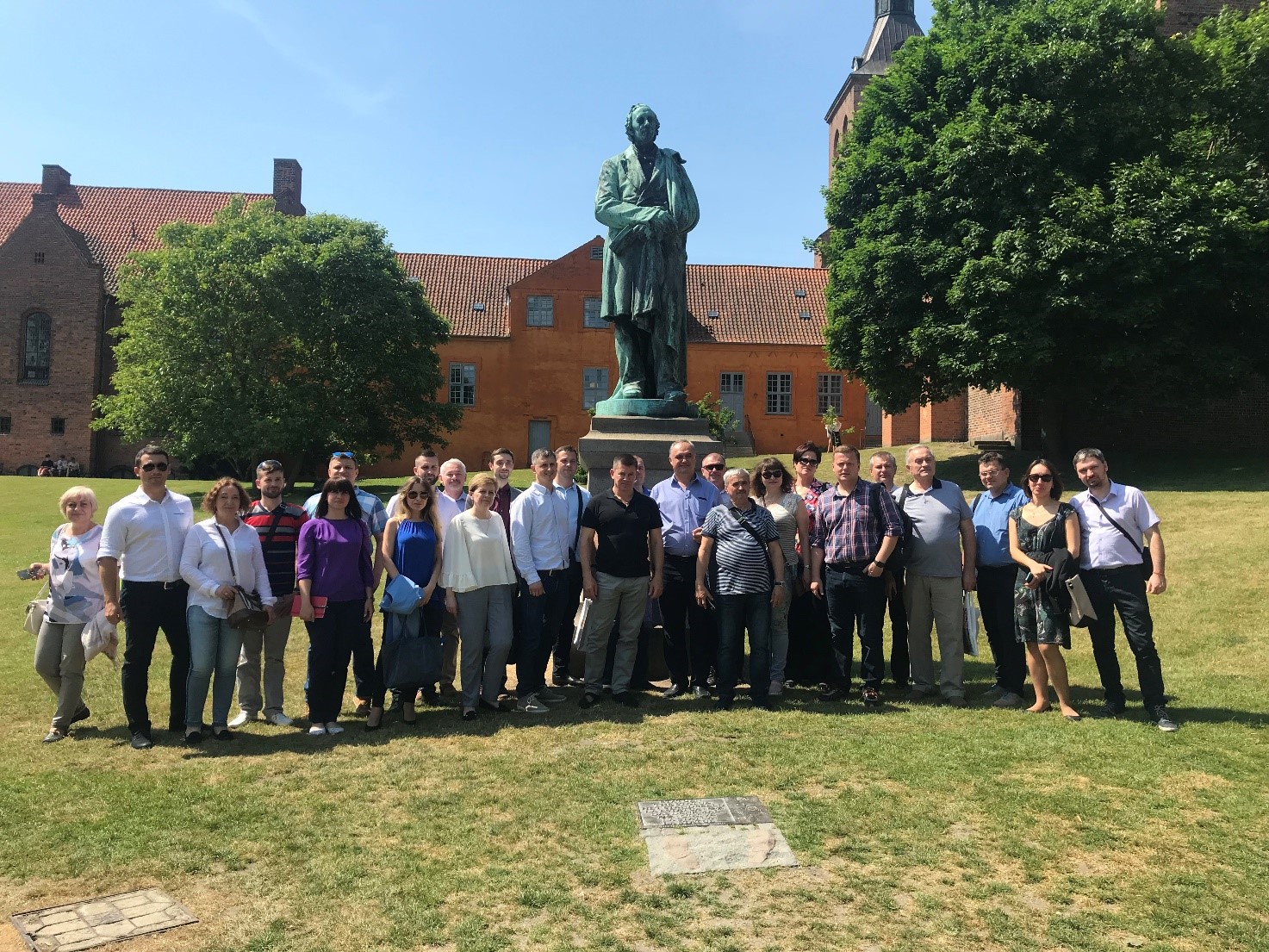 The district heating tour comprises visits to utilities in Zealand, Funen and Jutland and will secure the delegation get acquainted with the efficient system solutions in the Danish district heating sector. The tour includes the most modern examples of district heating solutions & technologies in practical examples, as well as meetings with Danish city administrations in Odense and Aarhus. Both cities with ambitious goals to be 100% independent on fossil fuels in the energy sector by 2030!

The Ukrainian Minister of Energy, Ihor Nasalyk, is also visiting Denmark in order to mark the valuable results of the Danish and Ukrainian governments’ collaboration on energy. The minister is visiting some of the same district heating sites as the delegation: Amager Bakke and Nordhavn. The Ukrainian minister meets with the Danish Minister of Energy-, Utilities and Climate, Lars Chr. Lilleholt, to discuss the status on the Danish-Ukrainian energy cooperation. The energy cooperation has set a clear footprint on Ukraine’s Energy Strategy 2035 and emphasized the Danish strong position in district heating, wind energy, biomass and energy efficiency.

Visiting the CHP based straw plant at Funen District Heating

The district heating tour kicks off with a Business Exchange Seminar in Copenhagen with focus on financing solutions by NEFCO, DANIDA BUSINESS FINANCE and Danish technology providers and consulting engineers operating in district heating in Denmark. The visit is the continuation of a long-term cooperation between Ukraine and Denmark on sharing experiences in the district heating sector.

District heating constitutes the second largest potential for energy efficiency in Ukraine, only surpassed by the buildings sector.

Most of Ukrainian cities have district heating, but the systems are old and need renovation. As most households are already connected to the district heating system an upgrading of the system is rather easy (low hanging fruit) and with large impact.

District Heating tour in brief:
Tuesday’s visit started at Funen District heating, where the delegation learned about the organization at a municipal district heating company with a political elected board, and got a deeper insight into the Danish tariff systems and ways to inform consumers. The delegation also learned about the climate goals of the city of Odense and met Vice Mayor Tim Vermund at Odense City Hall. Next stop was the new straw plant in Boulstrup-Hou which is locally supplied. This is highly relevant for a country like Ukraine.

Wednesday, the delegation was received by Vice Mayor Bünyamin Simsek at Aarhus City Hall, and learned more about how Danish district heating developed to be efficient, modern and non-profit. In Aarhus, the focus was also waste-to-energy, and the delegation visited Lisbjerg Waste Incineration. Last stop on Wednesday was the wood-chips fired plant at Skanderborg. Here focus was also on correct water treatment. 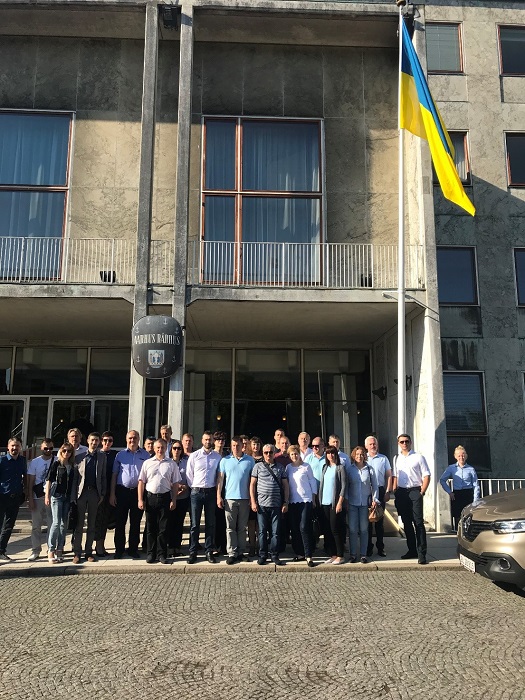 Before catching the plane back to Kyiv, on Friday, the group visited Amager Bakke, Denmark’s newest waste-to- energy plant and one of the most efficient and environmentally friendly in the world. The delegation was impressed with the technical solutions but also architecture.